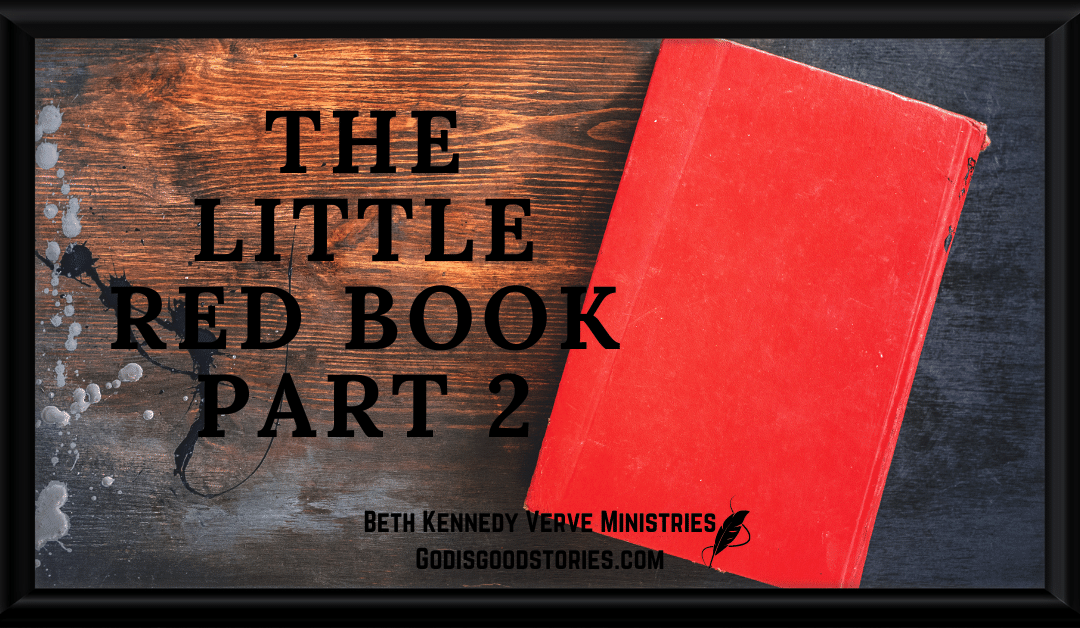 Sometimes the journey of stopping for the one is not as straightforward as we would hope. There will be moments of despair when we ask, ‘Why Jesus?’ In these moments we must strengthen ourselves in the Lord and if we will trust in the Lord, He will use the good, the bad and the ugly for His complete and perfect way, because… God is Good!

I had been off to pray for my son’s kindy teacher’s husband, who was ill in hospital. He had improved considerably after prayer, and I thought nothing more of it until, one day not long after, I dropped my son off at kindergarten for his session and received a very aggressive response from the kindy teacher.

Her husband had suddenly gone backwards and was experiencing arrhythmia (a disturbed heart rhythm).

Most arrhythmias rarely affect your overall health, but some can be serious, even life threatening. Apparently her husbands was serious enough to require surgery to install a pacemaker to regulate the heartbeat.

The teacher was cold, even aloof and unkind towards me, and while I knew I was not responsible, I felt responsible. I barely made it back to the car before the tears started and by the time I was home, I was a sobbing mess.

I called a friend, an older wiser Christian, who encouraged me, said it was part of the battle, and that it would be ok. After the phone call, I wanted to call another friend to wallow in my misery, but God had other plans. He expected me to come to Him, to appeal to Him, to take my heart break to Him.

I turned to strengthen myself in the Lord.

I poured out my heart; and then I prayed, and I declared and I worshipped.

A sudden feeling of peace came over me, so I stopped and listened.

Expecting something profound, all he said was,

‘Go shopping, give her a decent serve of your bolognaise sauce with some spaghetti pasta, and fill her cupboards with wholesome, nourishing food, with a few treats.’

I knew she didn’t need me to give her Christian platitudes or even offer to pray again. She was angry with me and angry at God because her husband had taken a setback. She was rejecting me, and with me, she was rejecting God.

She was icy and angry!

I pulled myself together, bought the bits and pieces God showed me, and braced myself for kindergarten pickup time.

I quietly left the package with the teacher. I quietly explained what was in the package of groceries, including the bolognaise sauce and spaghetti pasta.

Shamed, I got my son and left, telling her I would continue to pray, and that I was sad there had been a setback.

I then hightailed it out of there.

The next time I saw her, she gave me my bags back with a note. Her demeanour completely changed. She said that what I had done was, in her view, the ‘most Christian thing anyone could ever do.’

Apparently, she completely melted. Through one act of kindness, that comprised a bag of groceries and a cooked dinner, she FELT His love.

It shocked me; it was so simple. And I felt so relieved!

God gave me the solution.

I had stopped gone to him, rather than trying to fix it in my strength. I had cried at the feet of the Father, rallied myself in His goodness, and then listened for His way. In hearing His way, I could hear what she needed, not what I wanted to do. Which, by this stage, was to run!

She said no-one had ever shown her such kindness, and that she believed that what I had done was truly what it was to be a Christian (not that I agree since my father, who was agnostic often did acts of kindness for people but it’s what she thought one was).

All I had done was show her LOVE as a verb rather than say the word LOVE as a noun. I had shopped, given her some groceries and given her a meal at a challenging and scary time.

There is no way I could have known what an impact that one act would have. But God knew.

That one act of kindness opened the door of her heart. While HE was flowing through me, He was preparing another in South Africa. He was lining up lives, situations and people for the kindergarten teacher and her husband because He loved them.

At some stage of this journey, perhaps after the gift of food, I had felt to give to the teacher and her husband a couple of small pamphlets on healing together with a pamphlet on who Jesus was. It was a little book I had bought many years prior on the prompting of God called ‘Why Jesus?’ Written by Nicky Gumbel, it was a little red book that I had handed out as I felt led.

This was my last copy, and I gave it to them, hoping it would not cause offence.

My relationship with the teacher remained positive. She returned my bags I had provided the food in with her note, and she gave me updates on how her husband was doing. Each time I would pray and thank God I had not completely botched it! She kept saying she wanted us to pray for him again soon.

Christmas came, and life was busy with two small children. The school term finished with a flurry.

Eventually, we visited them both at their home.

I can’t remember all the details, but my husband A and I went along, and we prayed for her husband, answering their questions about God.

They then pulled out the little red book, and sheepishly said to us that the book had a written prayer to pray, and it advised, if they prayed this prayer, that they should tell someone.

They both looked at us and giggled, saying they had both prayed the prayer, and now they were now telling us.

They had become Christians!

Naturally delighted for them, we waited for the rest of the story, for we knew that there was a story we yet had to hear.

After the first prayer, the husband had suddenly got better, but then slipped back a bit. While this was happening here, his son and wife in South Africa, had received a little red book!!!

Yes, it was THE SAME little red book called ‘Why Jesus?’ that I had given them here in Australia.

They said that his son had spoken to them about Jesus. He told them he had become a Christian, and he wanted the same for them. As they spoke to him, they told him about their little red book and their decision to become Christians, too.

As they told us, they giggled with delight. Simultaneously, on the other side of the world, completely independent of us, they had all become Christians after reading the same little red book.

It was so God!

It made me laugh and cry.

Of all the things for God to line up. To show the entire family (and me) that He was on the case and had it in hand.

Simply and basically all I could say to them at that moment was, that well …