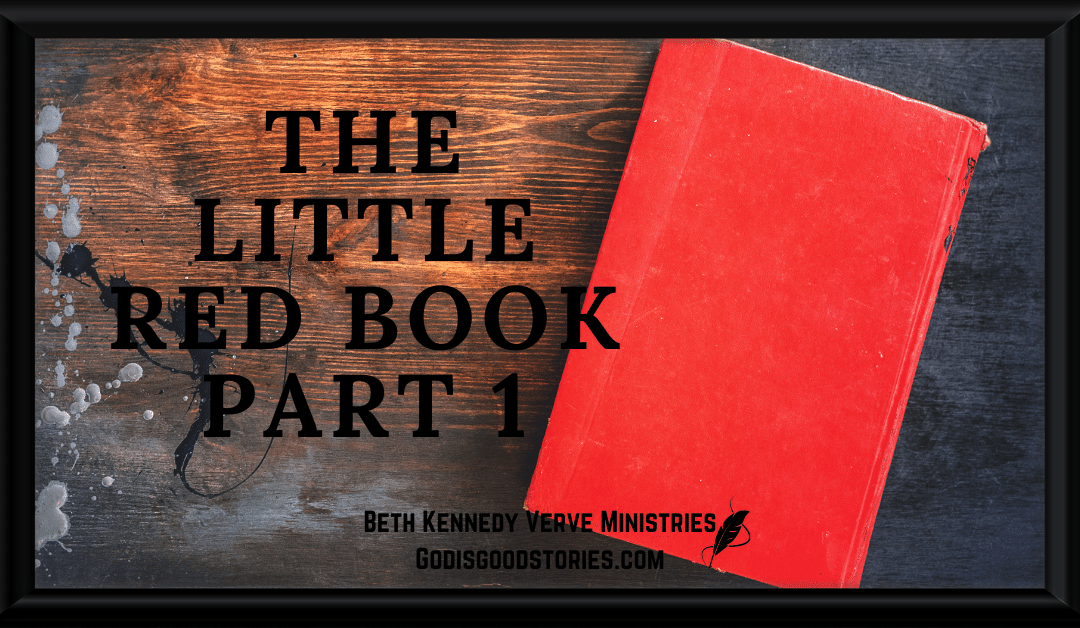 Sometimes the journey of stopping for the one is not as straightforward as we would hope. There will be moments of despair when we ask, ‘Why Jesus?’ but, if we will trust in the Lord, He uses it all (the good, the bad and the ugly) for His complete and perfect way, because God is Good!

My son’s 3-year-old kindergarten teacher had been overseas for a holiday. While away, her husband developed double pneumonia. They admitted him to a hospital in Hungary, and they had just arrived back in Melbourne where medical experts immediately placed into the Coronary Care Unit because of an infection in the heart.

We had first heard the news a couple of days prior, and a few of us had been praying since. As I drove to the kindergarten for pick up, I had a sense that I was to pray for her with another friend who also attended our church.

I spoke to the teacher, who instantly agreed to prayer. We waited for the children to leave, and for my friend from church to arrive, and when we were all there, we joined hands and prayed.

Another Mum saw us and joined the group. She was like another Christian coming out of ‘the closet,’ so to speak.

There we all were in the middle of the kindy, holding hands and praying for the teacher’s husband. The new mum prayed in tongues, and a beautiful sense of God enveloped us all. The other girls later said they felt electricity as we all prayed.

We prayed for God’s peace to envelop and stay with the teacher, which she tangibly felt.

I then offered to go to the hospital to pray. The teacher immediately said she would arrange for it with her husband.

The encounter was a lovely moment. A divinely timed appointment with the other Christian mum who attends another local church. She got very excited about the encounter, seeing how we could pray for people in public.

Later that day, I received a phone call from the teacher. She wanted me to come that night to pray for her husband. There was an urgency and insistence in her call and she was quite firm about me coming when I could.

I got the kids to bed and sent emails asking for prayer coverage. I was nervous. My husband prayed for me before I left and his hand. His hand burned on my back, although he commented he thought my back was hot.

Although I was nervous, I remained in His peace and I drove to the hospital, worshiping and praising God. I felt apprehension as I walked towards the CCU (Coronary Care Unit), but I sensed (‘saw’) two massive angels walking in behind me. In that moment, I chose trust, knowing my job was to love, and God’s job to heal.

I found his room, and I introduced myself.

He was on his bed with oxygen and he was all connected up to tubes, cords, and monitors.

As I entered, he looked at me and said,

‘Please tell me I’ll be alright.’

The pressure felt intense. I took a deep breath and answered that this sickness was not for him, that God wanted him well and that I believed He would heal. I told him,

‘You will walk out of this hospital.’

My head was screaming at me about giving false hope, knowing that only a few days before was the 13th anniversary of my father’s death. He ad died of pneumonia as a complication of prostate cancer.

Briefly explaining what I would do, I asked what his diagnosis was. He had double pneumonia, which had gone to the heart. He also had oedema (swelling) from the knees down.

As I looked at him, I felt God say,

‘Start at the feet.’

As I laid hands on his feet, I commanded the fluid retention to leave. He told me later that he felt electricity go up his legs into his back. I then asked permission to lay my hands on his chest. I commanded the infection to leave and released healing. Simultaneously, he started to cough and phlegm starting coming up. He said it was the first time he had managed a ‘productive cough’ (one that effectively moved the mucus off his chest).

I briefly said to do what he had to in order to get the phlegm out – it was not time for social niceties.

As I prayed, I shared a few testimonies that I felt led to share. He told me he felt very at peace.

I then asked him to breathe deeply. He tried, and he said it was the deepest he could breathe for some time. I felt it was nearly time to go, so I lay my hands on his feet again, and told him to him to close his eyes, rest and remain in the peace and I would pray and then quietly leave when I felt it was time to go. I prayed and released peace over him, praying for complete covering through the room and quietly left, leaving him resting peacefully with no cough.

The following morning I received this message from his wife on my answering machine at 9.22am:

I called him the afternoon after I prayed. He said he had experienced the best sleep since being in hospital and he wanted me to come back when I could, and he asked if I would come back that night.

I told him I had prayed throughout the night before. God had woken me to pray for him at 11pm and 4 am. I also mentioned that many others had also been praying for him.

I was tired, but I went back that night. I still felt apprehensive, but I knew it was as much his journey as it was mine.

I felt Psalm 3 was for him and told him so.

‘Start at the feet.’

So I asked if I could uncover his feet, and as I did so I saw (and he confirmed) that the oedema had reduced somewhat. He confirmed he had experienced a lovely night’s sleep the night before, too. He felt peaceful, and the breathing was better.

I laid hands on his feet and prayed.

A gentle anointing filled the room.

As I prayed, I ‘saw’ him on a mountainside, walking with angels on either side of him and a mass of people behind him. The scene started out as winter, but changed to spring as I watched. I spoke what I saw and then prayed for it. As I spoke, he breathed deeply, saying nothing in response.

I continued to ignore my nerves, the fear of looking foolish, choosing to be encouraged by what I ‘saw’. It was a choice to avoid that place of doubt.

He said he had pulled a muscle coughing and was in pain, so with his permission I laid my hand on the spot, and as I did so my hand got boiling. he felt the heat too.

I then read Psalm 3 over him, praying it into his body as I laid my hand on his chest.

Just like the previous night, the coughing began and phlegm came up.

Seeing pin point needles of light piercing his chest, I sensed Heaven was penetrating his chest to heal his lungs. I could feel the tiny pinpoints, small and sharp, on the back of my hand. As I told him what I could see and feel, I thanked God for all He was doing.

I then prayed until he stopped coughing, at which time he removed the oxygen tube and left it on his chest.

With this complete, I tucked his feet back into his bed, told him to rest, go to sleep and I would leave quietly as I had the night before. I felt awkward, but prayed until I felt God say “that’s enough” and I left quietly with him breathing peacefully, without the oxygen mask on.

Outside, it had been blowing a storm. I was weary, and cold, and felt stretched to my limits.

As I walked out into the darkness to my car, I saw a small pink balloon on the ground. Knowing I needed to pick it up for my little girl, I leant down and saw the words A New Little Princess written across it, with a picture of a crown. At that moment, I knew it was a message of encouragement for me. I was His little Princess, and although stretched to my limits, I was still His girl and He loved me.

Now, even here, it was not the end of the story.

I received feedback from the kindergarten teacher that her husband was doing really well.

While delighted, I thought nothing more of it, until one day, not long after, I dropped my son off at kindergarten for his session and received a very aggressive response from the kindy teacher…