Seek first His Kingdom: “Give me an hour, it will be worth your time” 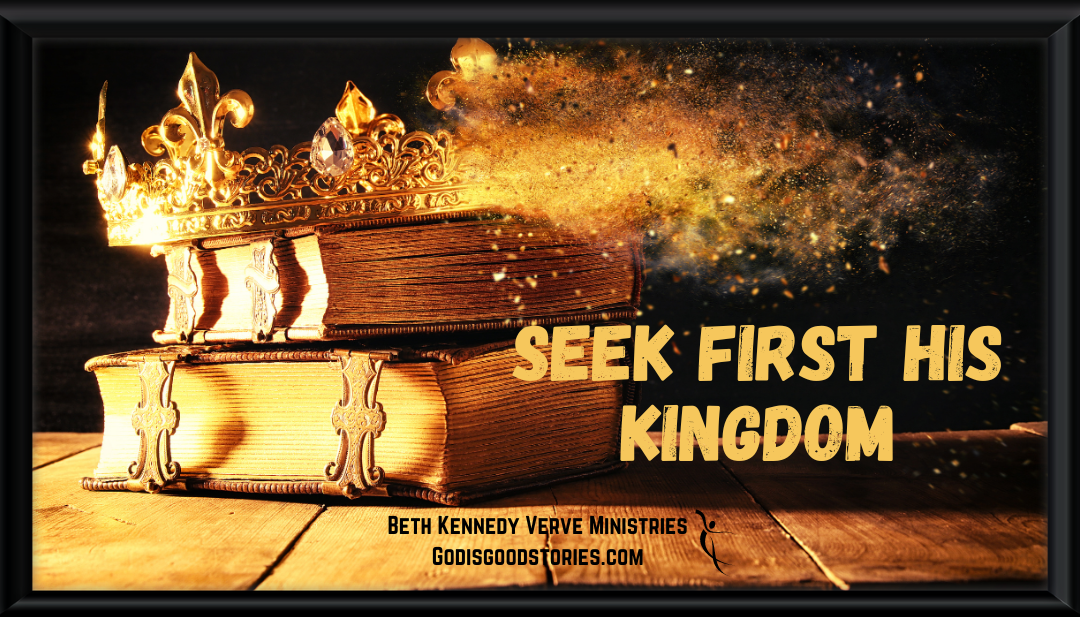 But seek first His kingdom and His righteousness, and all these things will be given to you as well.*

It was the last week of school term. It was a very busy week. My daughter was changing schools and, since it is important to honour those that sow into our children, I had several gifts to purchase to thank her various teachers: the class teacher, the music teacher, the art teacher, the extended maths teacher, the P.E. teacher, the principle, the office staff etc. Farewells were being said, connections were being made at a new school and preparations were underway for my daughter’s 8th birthday party, scheduled for the first Saturday afternoon of holidays. There was also the purchase of new uniforms, books, speaking with new teachers. Life was busy.

In the middle of this week, my daughter came home from swimming announcing she did not know where her plate (her retainer) was. We questioned her about it, and started looking all over the house, beginning with the most logical places to search and eventually looking in even the implausible places, including the dogs’ bed.

Over dinner, we discussed how she had not taken her plate box to school, and when questioned about what she did as she ate, she advised us she had balanced it on her foot.

‘Perhaps it fell to the ground,’ she suggested.

She simply could not remember.

After further discussions, we discovered this was not the first time she had lost her plate. Thankfully, someone handed it into the school office on the previous occasion.

Earnest tears flowed, and we asked her if she wanted help in setting up routines to help her remember, so she could be more responsible for this expensive and necessary item.

With discussion ensuing, my husband drove to the school, flashlight in hand, to search for the plate. It was to no avail. He even dug his way through a rubbish bin he found.

More tears ensued upon his return.

We gently explained that her second last day at school would be shorter. She needed an appointment to arrange for a replacement plate. The cost would be a further $450.00.

We searched the house again, praying the plate would miraculously turn up.

The following day, was frantic. There was the orthodontic appointment; an eye appointment; and shopping for ‘thank you’ and ‘farewell’ gifts for teachers and friend. She wanted to help with the gifts. We agreed it was important that she was.

I dropped my 4-year-old off at kindy.

I had about one and a half hours to complete many other jobs done quickly, before I needed to collect my daughter from school early, upon which I would collect my son and then take both children to the orthodontist appointment.

As I drove home, I could feel God calling on me to spend time with Him.

‘But I have so much to do, I have to collect R early, get her to the orthodontist, get her to her eye appointment, and do all the shopping ready for the last day of school, and her birthday is in two days.’

I argued I had not been well for some time, and was finding it difficult to cope with it all, to keep all the balls in the air, and I felt guilty because I felt like His request was just another demand on my time and energy.

And still I felt Him calling to me.

‘Have your lunch quietly with me and then sit and spend time with Me. Give Me an hour. It will be worth your time.’

Begrudgingly, I ‘gave in,’ knowing that my attitude needed to change.

I apologised to God, went straight home, made some lunch, put on some worship/soaking music by Isi de Gersigny, and sat down to spend an hour with Him.

I sat, I listened, I prayed as prompted and then lay back as I felt he wanted me to, in order to position myself to allow Him to just love on me.

I felt nothing, but in faith, I rested. After some time, I suddenly ‘saw’ a picture of my daughter’s pink plate sitting on her pink and cream doona cover on her bed.

‘Ok I will go up and look there, but you tell me when to go up the stairs to look. I will do this for you in faith, even though I feel silly.’

I soaked some more, and when I felt God say ‘go now’ I got up, went up our stairs to my daughter’s bedroom and (feeling foolish) I looked on her bed.

I walked in and looked at the bed.

It was not there.

I pulled back the covers; I moved the pillows.

It was not there.

A bit disappointed, and knowing I needed to leave in10 minutes to collect her from school, I thought I would recheck the pockets of her dressing gown and track suit pants she had worn to swimming.

It was not there either.

I turned from the cupboard, still feeling foolish. Thinking it was my imagination, I fought disappointment and reminded myself that God was always good.

I turned to make my way out of her room and briefly glanced over at a large basket that doubled as a tabletop in my daughter’s bedroom.

There, by her night-light, plain as day, was the plate!

10 minutes before I had to leave to take her to get a new one refitted.

I gasped. Barely believing what I saw, and thanked Him.

I then spent the next 5 minutes repenting for my lack of faith. I barely believed what had just happened, and I thanked Him for His kindness and His faithfulness.

Quickly, I called my husband and asked him to cancel the appointment.

As I told my husband the story, he gasped. He had looked at that basket twice the night before. He swore it had not been there. I knew, had he looked there, he would have seen it, if it had been there. It was so obvious when I saw it.

‘Give me an hour. It will be worth your time.’

I should have known better, it’s a life scripture for me.

The time spent was worth it – it always is!

I redeemed an hour – I did not have to race to the orthodontist’s that afternoon. I saved another hour (for the follow-up appointment that was booked to collect the plate). Further, in that hour of time, He had saved us an outlay of another $450!

So, in fact, sitting with God had earned our family about $600 in ‘before-tax dollars.’

A very good return on my investment in time!

It was an hour well spent.

Before sitting down to be with Him, there was no thought of getting the plate back. I had resolved to spend the time with Him, and regardless, I knew I was going to be refreshed. But besides time redeemed and money saved, I had some time with my loving Father. That time refreshed me AND my children saw their God come through for us as a family yet again, because as we all know…