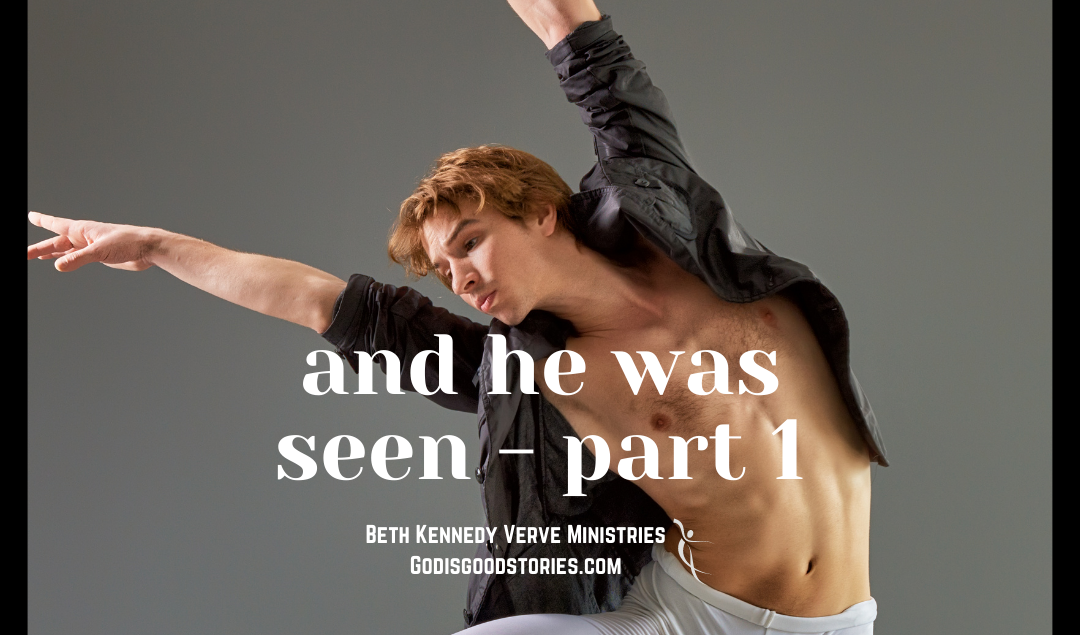 Ever feel unseen? Overlooked? Never fear. God is the God who sees.

Read on and to be encouraged. You might be one prayer, one declaration, away from those doors of destiny opening for you.

I was purchasing a few items in a little local organic shop near where my children attended a regular activity. Located just across from an elite dance training facility, it often hired older students in their final year of training. On this night, as a young man served me, I felt a promoting to pray. It turned out he was in his final year of training at the facility across the road. I mentioned my unction to pray and asked him if I could. He readily agreed, so I took his hand in mine and, although I felt the familiar nerves, I prayed.

I felt prompted to call in his destiny. As I did, I sensed he had not felt seen for the years, that he had trained at this facility (and it had been years!). I also believed he had not only felt this way, but in fact he had been overlooked, unseen, and so I called him into the light and I declared he would be seen – that the doors of his destiny would open in the name of Jesus …

I stopped and looked at him and explained what I felt and what I had prayed. He said to me it was exactly how he had felt. That they had never seen him. Constantly overlooked, he felt completely unseen.

He asked me my name, so I gave him my first name. He then asked for my surname. It seemed important for him to know who I was, and so I told him. He thanked me. He looked like he had physically felt something as I prayed, but I didn’t ask. I did not need to.

I went to leave, but as I did, a boldness came over me, and I knew it was time for him to be seen, just as I had prayed. A picture appeared in my imagination and I described it as I acted it out in that little store. I was a little embarrassed, but I really wanted him to know he was not to strive.

I said that he was a king, like royalty, a prince and that he was to imagine that he was, much like the roles he danced. As I spoke this, I stood as tall as I could and I stepped forward, motioning with my arms as royalty would walk through doors, that there was no effort on their behalf to open such doors that doors opened for them. I acted this out for him, and then I turned and looked at him, saying,

He nodded with understanding, encouraged.

‘I call it in, in Jesus’ name,’ I said, smiling. ‘No effort, no striving, it will just happen, and I look forward to hearing about it!’

Well, a little while later, I was back in this shop with a friend. The same young man was working.

I smiled, said hello, and he smiled back. I chatted briefly to my friend while she had her tea, and as we went to leave, he stopped me and said, smiling,

‘You remember a few weeks ago you prayed for me, well…’

I looked and felt such joy rise inside me.

‘You have an offer of contract!?!’ I said

I wanted to hug him, with the sheer pleasure of hearing such news!

I told him so and he invited me to hug him… so I did!

He told me that just after I had prayed for him, he had received a contract offer with a dance company overseas. The company wanted him to start with them soon, but he wanted to finish his course. They were happy to wait for him, so he would go early the following year.

I jumped with sheer delight, and I hugged him again.

I raced out to collect my boy, googling the company. And then ran back so he could tell me the rest of the story.

He had auditioned for a role in a visiting show here in town. The show was being staged by the same company. He had not got a part in the local staging; however, the people who hosted the auditions contacted him and asked if they could pass on his details to the company’s director. The director then expressed a desire to speak with him directly. On speaking, the director offered him a contract of employment overseas, in the company he had auditioned for just a temporary role for. This all happened after the prayer.

He was absolutely delighted!

I smiled and repeated,

I briefly explained all I had done was prophesy, to hear God’s heart for him and his life and to release it in prayer.

He nodded in agreement and seemed to understand. We BOTH knew it was an answer to prayer.

‘Maybe you will come and see me dance.’

‘What an absolute delight, a pure pleasure that would be,’ I responded.

I smiled all the way home for the sheer joy of seeing God express His love for another human being. To be a part, even a tiny part, of another human being’s journey, to let them see that, even if others had not seen him, God had seen him, and God had not forgotten him!

And so too He will not have forgotten you, for He is the God who sees.*

Your destiny, your pathway, is there for you to walk through without striving too because …

We are running a three week training course on God given identity, destiny & purpose and times & seasons. Come join us on zoom and discover how to walk through YOUR double doors or destiny without striving because…