Crossing my chicken line, the lame DID walk (a God is Good praise report part 3) – calling forth the promises of God 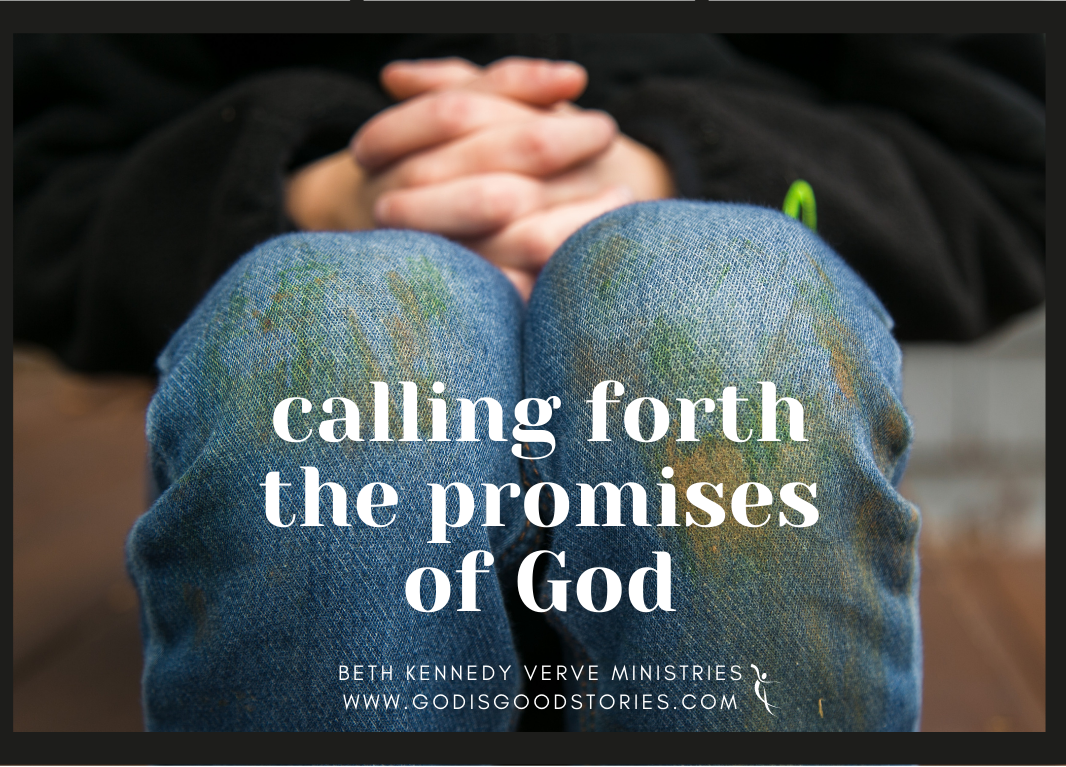 My last few posts talk about my ‘chicken line.*’ In choosing to cross that line (praying for people in wheelchairs) a woman walks away from her wheel chair pain-free**; and a mother struggling with despair, fills with hope and light.*** She then asks for prayer and blessing of her son.

Read on to see what happens next…

As I stood before the tall young man, I placed my hand on his arm and prayed, declaring,

I looked at the mother and said,

‘I sense your son will live a long, long life.’

‘I sense that the men in your family lineage have had their lives cut short.’

Not knowing if it was in his father’s or mother’s lineage, I rebuked the spirit of death and released Life into and over him in the name of Jesus. I then prayed that God would have vengeance for all that had been stolen, that her son would have a long life.

I turned to the young man,

‘I sense you will live a long, long life. You must live a long life, because what you have been born for you will mature into when you are in your 50s and beyond. What you are called into has such great significance that you need many years of maturation to carry it forth.’

I leant in again to listen to God’s heart.

‘I sense you have a strong call of leadership. It will take many years to enter the fullness of your destiny, hence with long life you will be satisfied.’

I turned to the mother and asked if that resonated. Had the men in the family had their lives cut short?

She explained that her father and grandfather had both died before the age of 50. Her son had received a diagnosis of cancer 4 years prior. He just received the “all clear,” after losing much of his knee. They had surgically removed it to get rid of the cancer. He had nearly died. Indeed, it amazed the treating doctors he survived.

I could see her mother’s heart filling with relief and hope. She was taking in what I had just prophesied and prayed. Not knowing these ‘facts,’ I had prayed and prophesied into them, declaring life where previously there had been short life spans in the family’s male lineage. She could see that God knew and cared enough to have me stop, pray and declare the opposite, to declare His intended Truth.

‘How did you know?’ she asked.

I explained to her I felt God was showing it all to me as I prayed. He was a good God, and He loved her son. God wanted him to know that His purposes for him were great and required a long life to fulfill. I explained that the cancer was not for him, and neither was the generational brief life span.

Turning to pray again, I cut the generational curses, as I had done for her, and I released blessing, asking God to release the generational blessings over and into him in the name of Jesus. I again told ‘death’ and ‘cancer’ to leave. This time I prayed with greater confidence, knowing that God had shown me what He had so that He could deal with them through my declarations. I agreed with God’s purposes for this young man. He would live a long, fulfilling life.

I then asked if I could pray for his knee to be recreated. My church had a promise that creative miracles would occur within our community, and so on that I stepped out.

He agreed and so I took a deep breath, knelt down and prayed for a creative miracle. I released life and commanded the knee to re-form in the name of Jesus. As I did, I held in my heart the promise that was over my church. I knew I had to step into that promise and believe. We all did, if we were to see it happen as a community. Regardless of what my mind was screaming, I needed to pray for a creative miracle. Who was I to withhold such a promise from this young man? We had a corporate promise, and it might just happen.

As I knelt before him, I recounted a friend’s testimony where they had prayed for someone with no knee caps and they had seen and felt the creation of an entire knee cap under their hands as they prayed.

I prayed, choosing to believe regardless of ‘logic.’ Thoughts of my father’s atheism flashed before me and how he would think me mad at this moment. I prayed regardless of what I thought and how foolish I felt. I held tight God’s word over our congregation.

The young man said he felt little as I prayed. He walked with me (as his grandmother had done), testing it out, and said it felt a little better. I encouraged him to keep walking and testing it out and to thank God for every positive development.

Recounting a testimony from Bethel Church (Redding, California) in which an eyeball formed where there was none, I explained how sometimes God planted a seed of healing/creation into a person and, over time, the miracle would take place. I then told him of A’s two broken legs that had healed over about two weeks.**** As I retold these testimonies, I rested in the testimony’s power (thank you Bill Johnson – see Rev 12:11) and the knowledge of the Truth that God was showing me prophetically. Even so, my mind was screaming how illogical in the natural it all was.

Sensing enough was enough, I turned and thanked him for allowing me to pray. I looked at the mother, who was still teary, gave her my number and invited her to the Easter Sunday service the following day.

She said she would come, or at least try.

Her husband approached and thanked me for praying for his mother (who had jumped out of the wheelchair). He said he could see a tremendous difference. The mother looked at me and said,

‘He doesn’t believe. He is an atheist.’

‘Oh,’ I thought. ‘Elderly woman, husband and son, all atheists. God is up to something.’

She looked very excited as she spoke.

I left them, wishing them well, knowing I had found my God assignment. It had been worth the wait and the inconvenience of finding them. I had delayed my own plans of by half an hour to find them, and then it took another half hour to pray for each family member. Regardless, it had been worth it.

I would like to say that the family all came to church the following morning and that they radically encountered Jesus. They didn’t. I looked for them, prayed for them, but then I let it go, releasing it all to God.

I was a part of their journey, a part of their story in discovering a good God. I was there for prayer, to release healing, and to show the heart of God for a family that had been through so very much.

He wanted to release healing to the mother-in-law; hope and light to the mother; and long life to the son, as a vindication for lost generations. I even wonder whether it was all for the mother – to encourage her in her walk.

I was the vessel, the conduit, available to agree with His purposes. My job was to release Heaven-sent declarations on earth. I got to co-labour with a good and loving God.

While I still marvel at the words of knowledge, and the healings, it makes me feel so very much more frail, more fragile. I am reminded I am nothing special. I was merely a vehicle to carry God into their world and reveal His loving kindness to them. Without God, I would have known nothing. Without Jesus, there is no power to change anything, and that is humbling!

It was a gift to me to be part of their journey on the eve of that Easter Sunday. It was so fitting, the night before we celebrate the resurrection of a victorious Saviour.

Jesus did it all. We just need to appropriate and give it away, as best we know how.

‘Will you join me and step out to stop for the one before you, where ever you may be? Will you lean in and respond to His heartbeat for the one you walk past in the street, at work, in the shops, in school?’

I was picking up some shoes for my daughter when God apprehended me for this assignment.

It can be scary, it is often inconvenient; it can even intimidate; but it gets easier each time you stop and offer Him to others. It is also much easier when you are overflowing with His love for the person before you. And so, oh my gosh, it becomes so very worthwhile because…

PostScript: the “chicken line” is a phrase coined by Kevin Dedmon that describes the act of stepping out into a place of risk by offering God’s love, in whatever form that may take, to others around us.

I believe the ‘chicken line’ is different for each one. We are all called to cross over into that place, because in that place we experience risk which is faith in action. See Kevin Dedmon and Chad Dedmon’s book entitled the Risk factor: Crossing the chicken line into your supernatural destiny (2011 Destiny Image Publishers).

Give it a go. It’s fun, and God really does show up because, well, you know why, it’s because…

* Crossing my chicken line – the lame shall walk because God is Good!

*** Crossing my chicken line part 2 – mother is filled with light