Hearing His heart through the prophetic gift of a cake 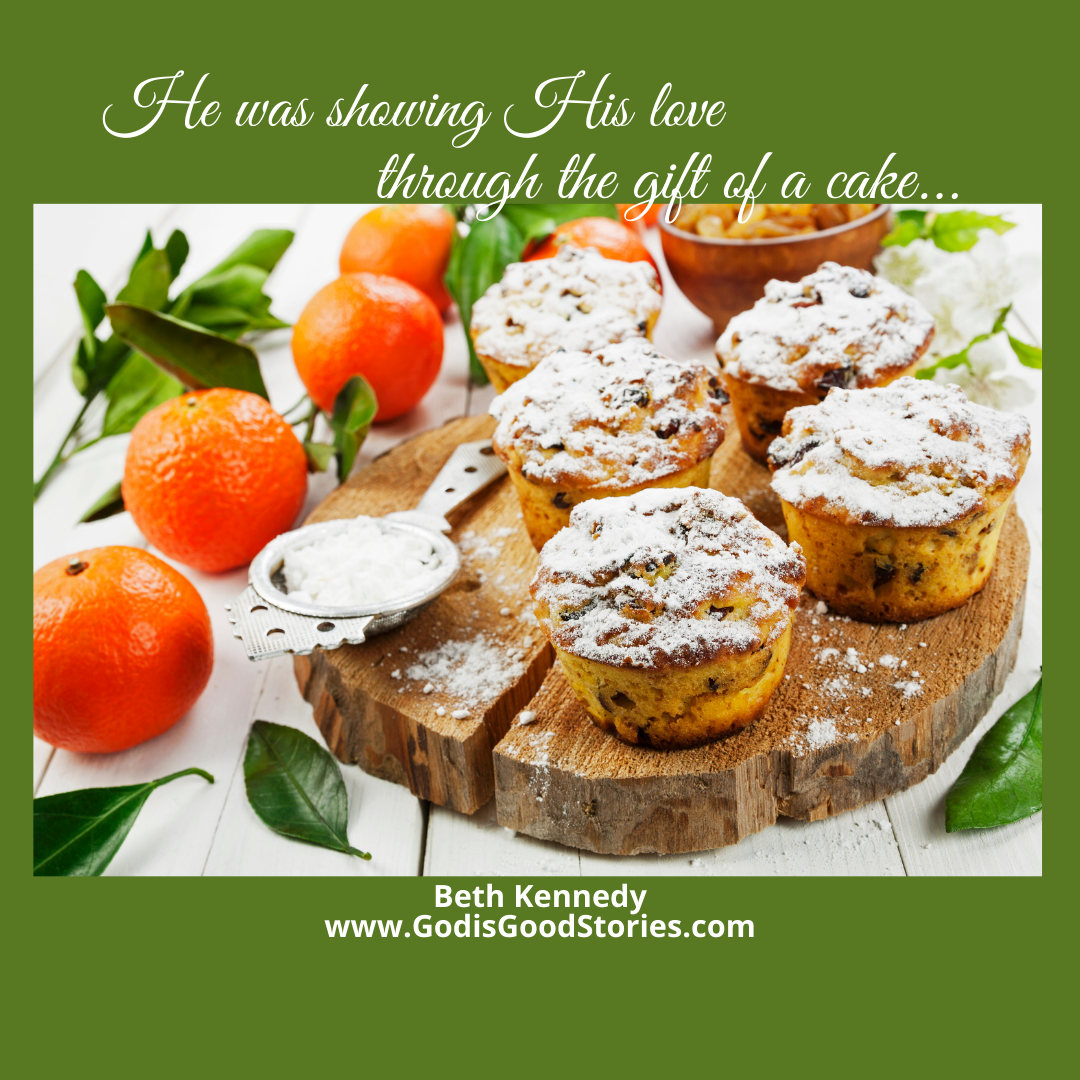 Have you ever given a prophetic gift? Can God speak even through the gift of a cake? I think He can. Read on and see why…

A couple of lockdowns ago (we are now at #6), I was up at my local store and saw that there were quite a few mandarin tea cakes available for sale. They often sell fast, so seeing this many was a surprise. They’re certainly a favourite of mine.

I felt the familiar nudge to purchase.

‘Covid calories,’ I thought, and in the blink of an eye, I had the impression I should buy two.

Instantly, I knew who one was for.

Heading home, I called my friend to see if she would enjoy a ‘walk and talk’ with coffee. Time booked in, I looked at the other cake on my kitchen bench, and got the distinct impression of who the other was for (sadly, it was not for me).

Later that day, my friend pulled up outside the cafe and I gave her the tea cake, together with a card containing the associated word I felt God was giving her. I was really excited about the word I had written on the card; she was excited with the cake!

She looked in the bag and gasped.

‘Oh my gosh, you wouldn’t believe it. I headed up to that store the first day of lockdown, and again the next day, and then again the day after, explicitly to buy this cake. There were none left each time, and it left me really flat. I had really wanted a mandarin tea cake.’

She opened her card to read the promises it contained, the snippets of identity promise and purpose it spoke to. She took them in, but seemed most excited by the cake.

I delighted in her delight. I also delighted in the goodness of God. He knew she had been wanting that tea cake for a few days in a row. He was showing His love to her through the gift of a particular cake. The gift spoke volumes. He saw her, and He knew her immediate heart’s desires.

We had a lovely catch up in the sunshine, and I enjoyed hearing of her various news.

That evening, I looked at the other cake on my kitchen bench. I motioned to my husband.

On ringing the doorbell, a different friend came to the door.

‘I have a mandarin tea cake for you, my beautiful friend.’

She wasn’t her usual self. In that instant, I knew why we were there. The gift was His way of getting me there to be a friend to a beautiful noble one in need. She would not have reached out for help, so He sent us to her door.

We’ve been friends for years, and I could feel the heaviness.

The climate of the current lockdown had impacted her (as it had me a day or two before). I asked if I could pray.

I prayed, and then we chatted about how to shake the atmosphere off.  Like me, she is someone who feels atmospheres. I taught her how she could choose to step out from under the impact of what was taking place around her. Half the battle was catching it. She instantly recognised what had occurred.

I then spoke the word of encouragement I felt God had for her in the current season. The word was embodied in the gift of the mandarin tea cake, which was symbolic that God wanted her to ‘have her cake and eat it too.’ It also spoke to the fact that she was a treasure, a fragrance of the Lord to the community at large (just as the flower of the mandarin tree) and I sang a childhood song to her briefly that I had learnt as a four-year-old about lemon trees. Citrus flowers are some of the most divine fragrance around – as was she in her community.

My friend laughed and said she would eat some for sure. She also said she felt lighter and agreed to pop on some worship music to help combat the atmosphere.

We left with her feeling better, empowered, more equipped, and loved.

The expression of God’s love in two perfect ways.

They both had their cake, and would eat it too because…