take the next step…

Just take the next step – do the next thing you know to do because God is Good!

So often in our lives, futures imagined, dreams envisioned, must be laid down. In these moments we have a choice: do we allow God to direct our steps, even though we are at sea with disappointment and hurt? Or do we attempt to control it all, forcing our lives in the direction we think we should go, regardless? And when we are redirected but don’t know what to do next, what do we do? We take the next step, and God sorts out the rest because God is Good!

A while back, I felt a stirring in my heart. We had just changed churches. We were still finding our feet. Our old church had been big, loud, there was a weekly mosh pit I had danced and worshipped in, and people were hungry for things of the Spirit.

The church where we landed was small, intimate, sedate (at least sedate compared to where we had been). Regardless, we felt it was the right fit, and we believed the church was on the cusp of revival.

Keen to serve somewhere there was an urge to start a regular prayer group, so a new friend and I started fortnight meetings.

I was still restless. Something was stirring… 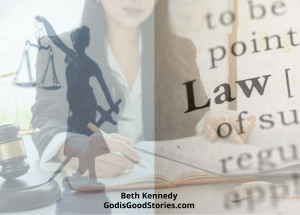 Back in the late 1990s I often travelled to Far North Western Australia, where I provided legal representation to people who were illegally entering Australia by boat. It is common to refer to these people as “boat people,” or illegal migrants (because of their status of having no visas of entry). They predominantly came from Iraq. Some came from Algeria. A few were from China. That was the mix of countries when I was working. After I finished at that law firm the Afghans came – they were tough cases.

The stories moved me; the politics of human rights law saddened me; and the other lawyers laughed at me, saying: ‘you wear your heart on your sleeve’ (a weakness in their mind to this I would respond, ‘if I was in their position I would rather someone like me representing me, then someone like you.’

I didn’t stay in refugee work for long. I left my position as junior lawyer to start a business of my own as a corporate consultant, while providing immigration legal advice to people on the side, just to keep my toe in. Any refugee work that came my way, I referred. It was too emotional and too political.

That was until 10 years ago.

My youngest was three when I received a call from a Melbourne business person wanting migration advice for a Christian Egyptian family he had met while overseas. The father was an Anglican Minister. The business person wanted to help them. It was to be a straightforward case, but once involved I realised there were very serious persecution risks at play for the family involved. Each time I went to refer the case on, each time I tried to shake myself loose, I would feel God on it – He wanted me to see it through. While the case would have qualified as a refugee case (they were being persecuted for their faith) we did not run the refugee argument. Instead, we needed to run the case differently (the refugee landscape had changed and was getting increasingly difficult to negotiate). It took years, but finally we brought the family to Australia using a different visa category. This case confirmed that I didn’t want to do refugee work ever again! The responsibility, the sorrow, the desperation, and the trauma.

The Egyptian family that came established the first Arabic Anglican Church in Australia. Other Arabic churches exist, but not of this denomination. As I write, they now lead two such churches in Victoria (one in Melbourne, the other in Geelong). Both communities are vibrant and growing, all led by the beautiful family who God would not let me shake loose. These people I now call friends.

In the new church, my world was vastly different. All my dreams, plans, hopes, and vision had fallen away. I was a ballet mum in a world of ballet I never saw coming. The church was small, but earmarked for revival. I wanted to serve God, yet I saw no opportunity to do so in my passion and gifting. So I prayed a dangerous prayer. One I do not recommend, unless you are ready to obey.

I prayed the prayer, thinking I knew how God would answer it.

From my lips to God’s ears; and He has a sense of humour.

I felt something land in my spirit, but I ignored it.

‘Surely not!’ I thought.

Not long after my reckless prayer, we attended the opening of the new Arabic Anglican Church on the other side of town. Baptisms of recent converts and the official opening of the church were on the agenda. Feeling the tangible presence of the Holy Spirit, we enjoyed an altogether different worship. It was in Arabic and had a different beat, a different feel; but God was in the House and it was fun.

After the service I sat trying to eat my dinner in a little hall by the church. That was when ‘they’ came. First one, then another. Refugees from Syria; refugees from Iraq. All desperate. All trying to get the rest of their family here. Heart break and need pressed in on all sides. Tears flowing, faces looking with hope. They all represented the cases I avoided for years. Cases of trauma. Cases of persecution.

I prayed for many, prophesied over others, and listened to their stories. They all wanted my help, for word had got around.

Heading home, I said to my husband I was feeling a stirring. Confessing what I had prayed, I said I could not believe it – God was calling me to act for these people, and it horrified me. Yes, I felt for them, but I did not want to do their legal work. I did not want to feel their pain; hear the details. They were all so desperate. And the legal landscape had radically changed – I was under qualified… but God!

When I prayed, I had not envisioned this!

When I prayed, I thought He would release me into my gifting in our church, in our local body, somewhere, anywhere.

I thought He would place favour on me to minister. Believing I would have a green light somewhere to step into my calling, while honouring, supporting and loving our leadership, I thought doors would open elsewhere, anywhere, where I could ignite others with a passion for God.

It was not to be.

I tried to argue that others were more qualified, better trained, up to date, and professional. God just came straight back at me.

Every time I went to Him He would say the same thing:

I argued I couldn’t do it.

I said I could refer them, that others were better qualified than me in this area of law.

So I stepped up and walked straight into the pain, trauma, and hurt of these beautiful people.

It was challenging. The law was different, complicated, but each step of the way he would say,

‘Just do the next thing you know to do.’

And, when I quietened myself enough, I would know just what to do. The anxiety was dreadful, the stories traumatic. One day, I cried my way through reading country information, the personal statements and watching the videos of the aftermath of terror.

Each time I turned aside to talk to Him, He would simply say again:

‘Just do the next thing you know to do.’

In a time of change, turmoil and challenge, when our plans seem lost in a haze of virus, lockdown, and shifting worlds, I encourage you to do as I try to do (thankfully with friends and wise counsel by my side). Ask Him what He would have you do. And, instead of looking at the entire job at hand, the surrounding trauma, the pain within you, while acknowledging that it is there, ask Him:

Just do the next thing you know to do.

For me, it was: ‘send that email,’ ‘write that statement,’ ‘make that phone call.’

Once taken, I sought Him again – what next.

The pieces will fall together, the focus will come, and the Peace and the Joy will rest upon you simply because…